President Nana Addo Dankwa Akufo-Addo has commissioned the second phase of the Accra Compost and Recycling Plant (ACARP) at Adjen Kotoku in the Ga West Municipal District of the Greater Accra Region.

The project is the second of a three-phased composting and recycling plant being executed by the Jospong Group and Partners.

At the commissioning ceremony on Thursday, President Akufo-Addo noted that increased urbanisation, particularly in the country’s major cities, necessitated a new approach to waste management.

The disposal of solid waste, he said, remained a challenge, especially in the urban areas, creating the numerous sanitation challenges confronting the nation.

Elsewhere, integrated waste management has been adopted as one critical intervention in the management of municipal solid waste.

The President noted that the establishment of an efficient integrated waste management facility required huge financial outlay, and, with the competing needs of other sectors of the economy on government budget, it is becoming increasingly difficult for Government alone to shoulder that responsibility.

It was for the reason that Jospong Group and Partners, with support from Government, embarked on expanding the existing facility from 600 tonnes per day to 2,000 tonnes per day to cope with the increased municipal solid waste generated daily within Accra.

Phase II of the plant is well-equipped with modern teaching and learning facilities, as well as ultra-modern laboratories for training and research into modern effective processing and recycling technologies.

President Akufo-Addo said the completion of the facility would enable the effective and efficient management of the increasing solid waste in a more environmentally-friendly and sustainable manner.

He said government was committed to addressing the menace to transform Ghana into one of the cleanest countries in Africa.

In this regard, Government has taken the requisite steps to create the enabling environment and framework for the private sector to partner government in finding lasting solutions to the herculean challenge.

With the huge capital requirement needed to establish infrastructure for the management of solid waste, the President applauded the Jospong Group and partners for assisting the government to address the situation.

He gave the assurance that the Government would continue to create the enabling environment for the private sector to thrive, and would collaborate with the private sector in the provision of infrastructure to accelerate the socio-economic development of the country.

President Akufo-Addo said that government was collaborating with Jospong Group of Companies and Partners to implement the Integrated Recycling and Compost Plants in all the 16 regions of the country, to help address the prevailing national sanitation challenges.

“Your Excellency, your actions have inspired us in the private sector to innovate and engineer strategic solutions to our collective developmental challenges. You are a true leader.

“Indeed, you have spared no effort at developing the private sector by supporting many companies and the Jospong Group is one of the beneficiaries. Other companies have also benefitted, and we can all attest to this. This demonstrates that at the core of your leadership philosophy is the growth and development of entrepreneurship,” he said. 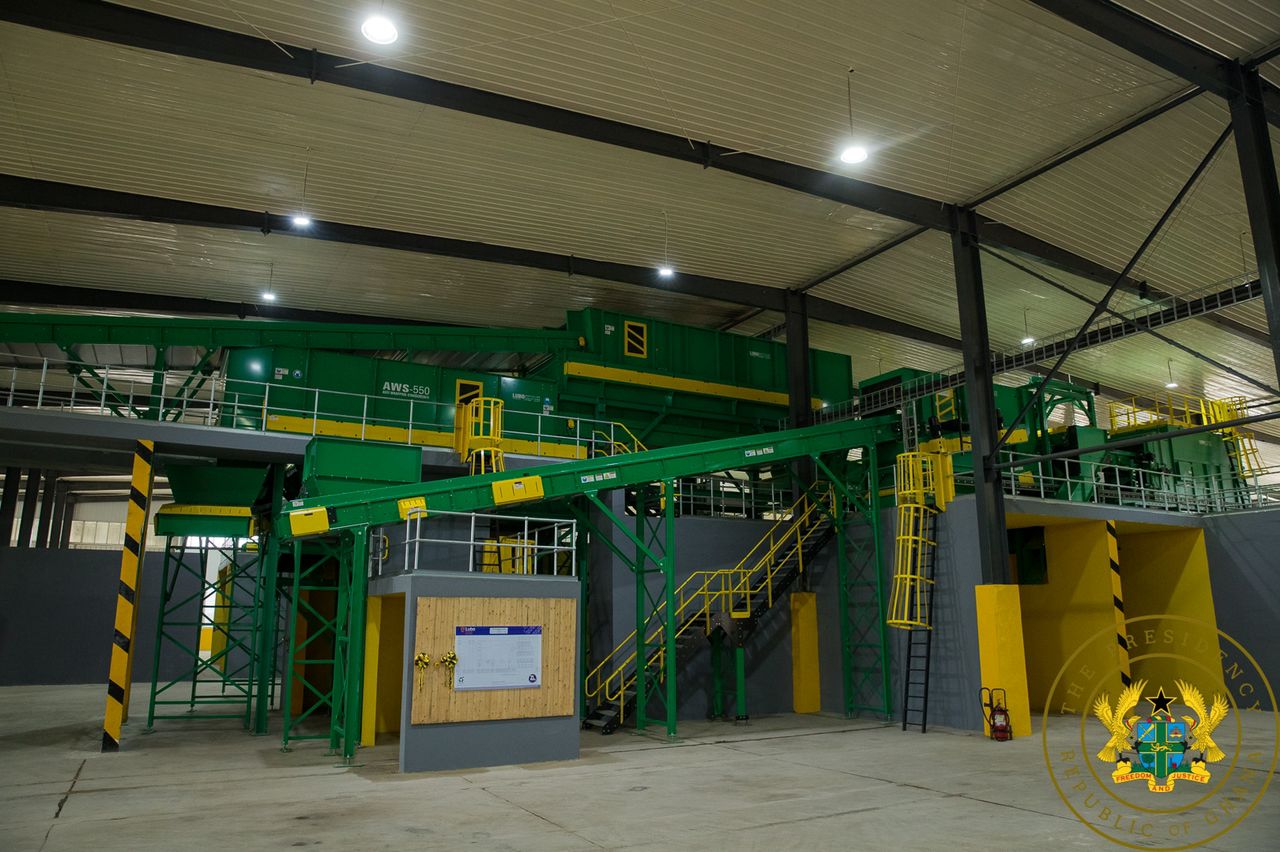 He also, as part of the activities for the first day of his three-day tour of the Greater Accra Region, inspected the dualization of the Nanakrom road in the Adentan municipality, and the Kpone Landfill Decommissioning and Re-engineering Project site in the Kpone Katamanso constituency.