A recent comment by President Nana Addo Dankwa Akufo-Addo’s about government’s decision not to construct a new harbor at Cape Coast, seem to have hit some residents of the area who have now appealed to him to rethink that stance.

According to the residents, they want the President rethink that decision because it will create job opportunities for the youth in the area. They reminded the President that the decision to build a new harbor for the area is captured in the New Patriotic Party’s (NPP) 2020 Manifesto.

Their appeal follows an apolology offered by the President Akufo-Add that he made a mistake on October 19, 2021 interview with a radio station in the area during his tour of the Central region. In the said interview the President noted that he did not commit to building a harbour but rather a landing site and an airport for the area.

Clarifying his earlier comment, President Akufo-Addo during an Accra base radio station on Thursday, October 21, 2021, explained that though the construction of a harbour was in the Manifesto, it could not be honoured because such facilities were available at neighbouring Elmina and Takoradi.

“Let me confess, I made a mistake on the Cape Coast matter. Even with the mistake, we have to have a rethink. We cannot have a harbour at Takoradi, Elmina, and have another one at Cape Coast. But I have to apologise to the people of Cape Coast. Presidents are humans, and they can make mistakes,” he emphasised.

One of the residents, Samuel Mensah, a mechanic expressed his unhappiness over the situation and added that the President must rethink over his comment about the construction of the Harbour. According to him, the construction of a Harbour for the area will ensure that the youth of the area get job opportunities.

A trader who only mentioned her name as Lucy does not agree with the President when he said such state facility could be found in neighbouring community. According to her the siting of such facility in the area will only improve the living condition of people from that area as they will be more job opportunities especially the youth. 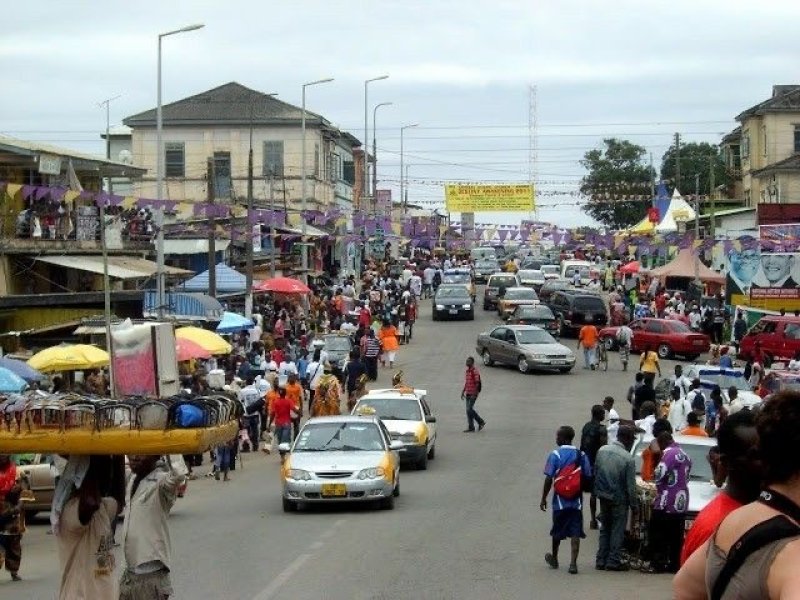 She continued that she has two of her five children currently at home who have no jobs to do after graduating tertiary education.

Some of them told Plan-B FM that they were excited when Vice President, Dr Mahamudu Bawumia announced during a reading of the NPP’s Manifesto at the University of Cape Coast and wondered why the President is now saying that it could not be constructed and urged him to rethink his government’s stance over this matter.