The University Students’ Association of Ghana (USAG) has described as insensitive the rate of increment in public university fees.

According to USAG, some public universities have gone ahead to release provisional school fees for the 2022/23 academic year with fees increased by as much as 70 percent.

USAG says due to the current economic conditions the increment could result in students dropping out of school.

A statement signed by the General Secretary of USAG, Joshua Opey said any attempt by universities to increase fees above the approved percentage will be strongly resisted by students across the country.

“We insist that the new university fees released must be in strict adherence to the 15% increment (for all services, including academic and residential charges). We have spotted university fees that have increased by as much as 70%.

Below is the full statement: 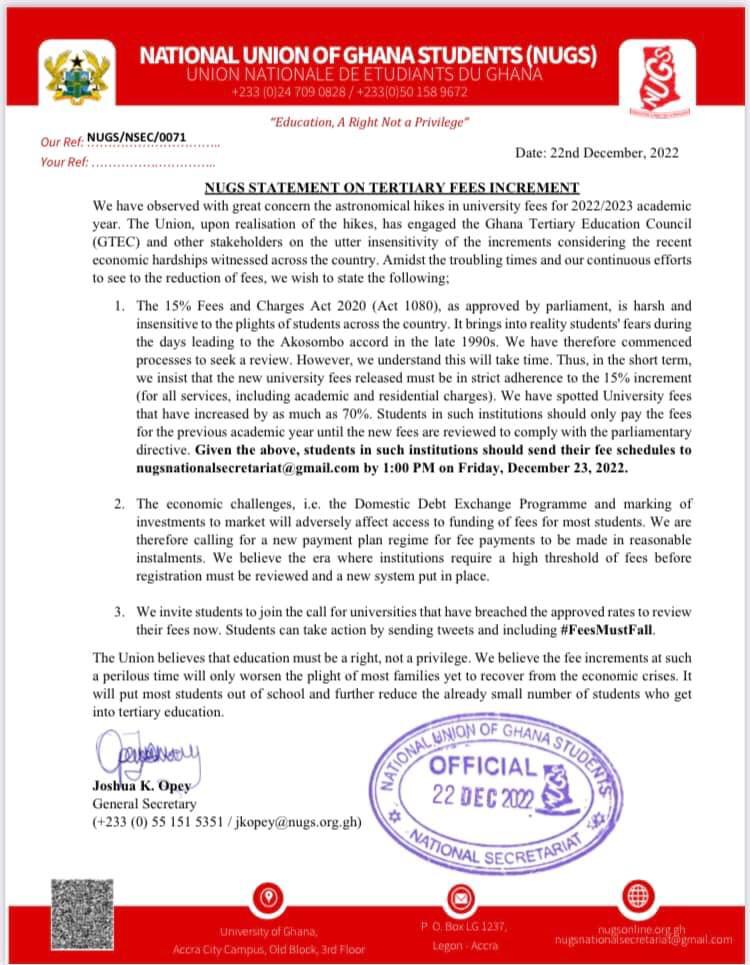