“Unfortunately, last night there was a severe earthquake in four districts of Paktika province, which killed and injured hundreds of our countrymen and destroyed dozens of houses,” local official Bilal Karimi said on Twitter.

“We urge all aid agencies to send teams to the area immediately to prevent further catastrophe,” Karimi said.

What we know so far

The magnitude 6 quake struck around 44 kilometers (27 miles) from the city of Khost, located near the border with Pakistan.

Dozens of people are believed to be trapped under the rubble. 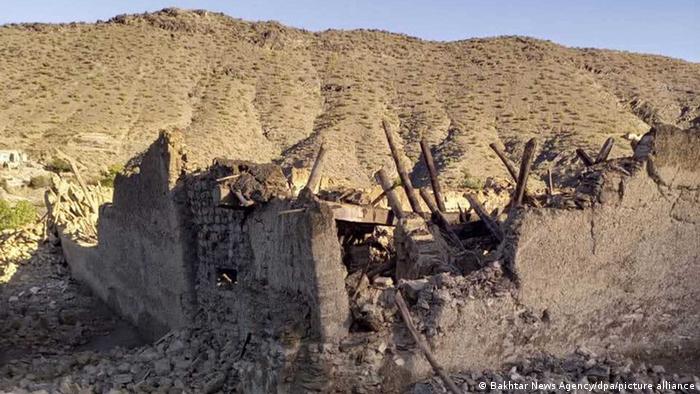 Dozens of houses were destroyed in the tremors

Rayan said dozens were killed and injured in the earthquake in the neighboring Khost province as well.

The earthquake’s tremors were felt over 500 kilometers (310 miles) by 119 million people across Afghanistan, Pakistan and India, according to the European seismological agency EMSC, which put the magnitude at 6.1.

Afghanistan’s mountainous northeast lies in the area where the Indian tectonic plate collides with the Eurasian plate to the north, making the region vulnerable to devastating earthquakes.

In 2015, more than 200 people were killed in northeastern Afghanistan and neighboring northern Pakistan as a major earthquake hit.

Around 1,000 people were killed in a 6.1-magnitude quake in 2002, four years after another devastating 6.1 earthquake and subsequent tremors in Afghanistan’s remote northeast killed at least 4,500 people.

Woman Dies After Fuel Tanker Veered Off Road, Landed On Her