The man who went viral after firing an assault rifle into the air at the A&C Mall and East Legon on December 31, 2021, has been arrested.

He has been identified as Flt. Sergeant Nicholas Owusu Frimpong.

A collaboration between the Police and the Military Police has led to the arrest of Flt. Sergeant Nicholas Owusu Frimpong in connection with the discharge of a firearm at A&C Mall, East Legon. pic.twitter.com/F9C9g3cK9L

Police said the arrest was done in collaboration with the Military Police.

The suspect was arrested following Police investigation into the incident of a young man captured on video footage firing several shots of a firearm at A&C Mall purportedly to welcome the New Year, 2022. 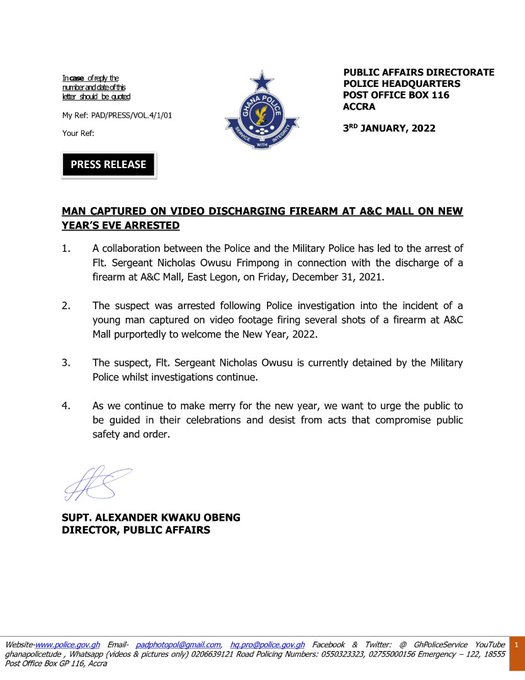 Top 21 Lucrative Business Ideas You Can Venture in Ghana (2022)